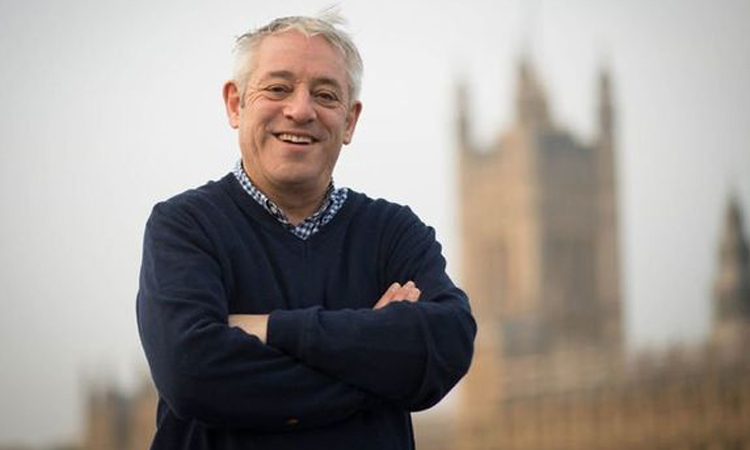 So many people have asked me: “How did you get John Bercow to come to Belfast, during the chaotic and historic Brexit debacle and in the middle of a flurry of bullying accusations surrounding Bercow’s time as Speaker of the House of Commons?”  The simple answer: I just asked.

The more complicated answer is more indicative of how most speaker procurement deals go down.  Luck, timing and a whole lotta guts!

On a cold November morning, engaging in my morning social media hour, I just happened to see a tweet from one of our other speakers, author John Higgs, about John Bercow’s new book release in February.  And there’s the luck I was talking about!  Turns out that Higgs and Bercow share the same publisher (probably the only thing the two of them share) and that’s what prompted John Higgs to tweet about Bercow’s new book.

As for the timing – I jumped on it right away and called his agency immediately.  Acting quickly was key, because at this early stage an agency is grateful for all enquiries and the price tends to be more negotiable.  And yes, it’s as exciting as it sounds!  After a flurry of back and forth emails, I was told he would be interested in coming and we agreed on a date that worked for him and our venue – the Waterfront Hall – and contracts were finally signed!

Now for the guts.  I use this as an umbrella term for risk assessment, PR, societal appetite and lots and lots of maths.  In other words, after you’ve agreed on a fee, crunched all the numbers, asked every single person you know if they’d pay to see your speaker and completed some preliminary market research on how much interest there is out there, you have to have the stomach to survive the nail biting months ahead when tickets sales either come in waves or, more often, start trickling in.

Contact us to book an engaging and memorable speaker for your next event.